ZENS charges itself for the next step – wirelessly

Eindhoven – March 26, 2015 – When hearing the word ‘smartphone’ one immediately thinks about smart, convenient and thoughtful. This doesn’t apply to the adapters that charge them; always fumbling and messing around with cables or the wrong plugs. ZENS deals with this issue. The young company from Eindhoven (NL),  devised an elegant way to wirelessly charge mobile phones and is on the verge of a worldwide breakthrough.

Brainport and brothers, it’s a striking combination. After Philips and Van Doorne (DAF) it seems now it is Erik and Johan Plasmans’ turn to thrive. Born and raised in Hapert, Johan and Erik moved to the Mμ Business Centre at the High Tech Campus in Eindhoven. ‘We also could’ve started something in our own village. But thanks to the support of Brainport Development and the organization of the High Tech Campus we’re located here. It’s the best place to be, between the right people, and we’re very grateful for that. If you have guests coming by for business, this location obviously looks very representative.’

Interested companies are indeed visiting the Plasmans brothers nowadays. Orders are increasing in size and speed. A comforting thought for Erik (37) and Johan (35).

ZENS originally was born several years earlier. Johan studied Automotive Technology but eventually ended up at the Philips headquarters in Amsterdam. He immersed himself in Business Development and Marketing and came into contact with the phenomenon of wireless charging. A trick based on induction technology. Philips was just trying to divest the consumer electronics, including wireless charging. Johan: ‘Wouldn’t it be easy to not only wirelessly charge devices made by Philips, but to also integrate it into all kinds of products? To be able to offer an open standard?’ He saw the gap in the market, wrote his letter of resignation and convinced his brother Erik to join him. His studies of Mechanical and Industrial Engineering and a career at MCB Netherlands, VDL Group and van Gansewinkel Group made him the ideal partner. A question of now or never.

Parallel to the foundation of ZENS Wireless Charging a debate was going on at the Wireless Power Consortium (WPC). This club, including Philips, Samsung, Nokia and NXP, was trying to agree on a standard for wireless charging. The goal: making ‘wireless charger brand A’ suitable for ‘wireless device brand B.’ A standard with the ‘Qi’- logo, that in a few years’ time, should be as commonly known as the logos for Bluetooth and Wifi.  The Chinese word ‘Qi’ roughly means ‘new energy’.  With this notion, Johan and Erik an opportunity and immediately launched ZENS Wireless Charging. ‘Expecting the first mobile phones with this standard to emerge on the market in 2012 or 2013. In 2012, we launched our own application. We were the first company in Europe with a wireless charger provided with WPC certification’, Johan says.

To be able to provide new energy to a mobile phone however, also a ‘receiver’ is needed. Because manufacturers of mobile phones were less successful as was hoped, ZENS Wireless Charging developed various gadgets themselves. For each phone model, a customized sleeve or case is brought to the customer via retailers like Amazon, ShopAndroid, Telefon, and Coolblue. Meanwhile Nokia, LG and Google all integrated receivers into their devices. But the recent choice of leader Samsung to add a Qi-receiver to its latest flagships Galaxy S6 and Galaxy S6 Edge, really means the final breakthrough of wireless charging.

‘Covers and other applications for wireless charging eventually will no longer be necessary. We assume that all manufacturers of mobile phones, tablets, portable speakers and other electronics will incorporate the standard’, Erik expects. He and his brother will therefore completely focus on the wireless chargers. In a smart way especially, to handle wireless chargers in the living and working space and public environment. So that everyone can charge their smartphone wirelessly, easily and rapidly at all times. Erik: ‘That’s the philosophy behind wireless charging. The battery technology is only improving marginally. Therefore it’s very useful to create an infrastructure where people can charge their phones at any place and time. In your car, on your nightstand, on tables at McDonald’s or on your desk. For many companies, it’s important that employees are able to communicate with their customers and always have access to the internet. It’s all about connectivity.’

The Plasmans brothers’ vision is shared by office furniture manufacturers such as Ahrend. This company bought some of ZENS’ retail products, discovered that this company was located around the corner, and sought cooperation. Johan: ‘Ahrend firmly works on innovation on and around the workplace. By elegantly building chargers into their desks, tables and cabinets, they can strengthen their market. Together with Ahrend, we developed a new design for our wireless chargers.’

Furniture manufacturers, bedroom manufacturers, kitchen manufacturers, Ikea included, are now in line to launch wireless charging. As well as the lucrative automotive sector. ZENS in turn, is ready to serve them all with wireless charging solutions of which the design and technology have been improved constantly in recent years. Johan: ‘Because things are now really taking off, we’re looking for three or four permanent employees. We’ll build it layer by layer. That’s how we try to take our next step.’

ZENS is located at the Mμ Business Centre at the High Tech Campus Eindhoven, the Netherlands. 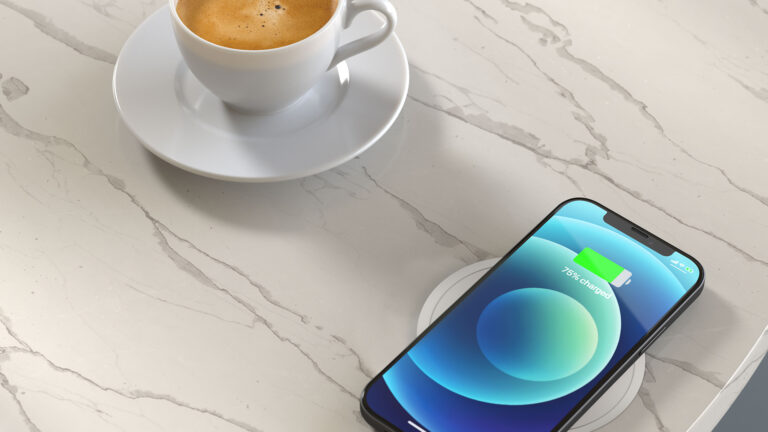 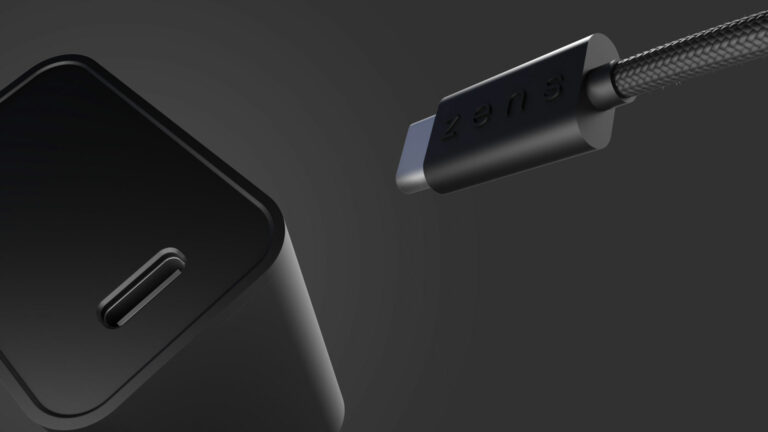 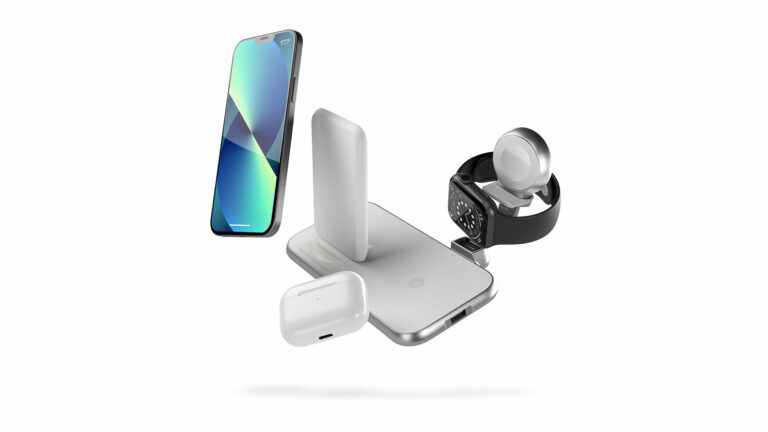