A vast growing number of smartphones and devices have Qi technology incorporated as standard (for example, iPhone 8 or later features integrated wireless charging). If your mobile device is Qi enabled it means it is an official tested and registered device meeting all the requirements imposed by the Qi standard. The benefit of the Qi standard is that any mobile device can be charged on any Qi charger. This is not only convenient at home but also when you’re out and about in public spaces. 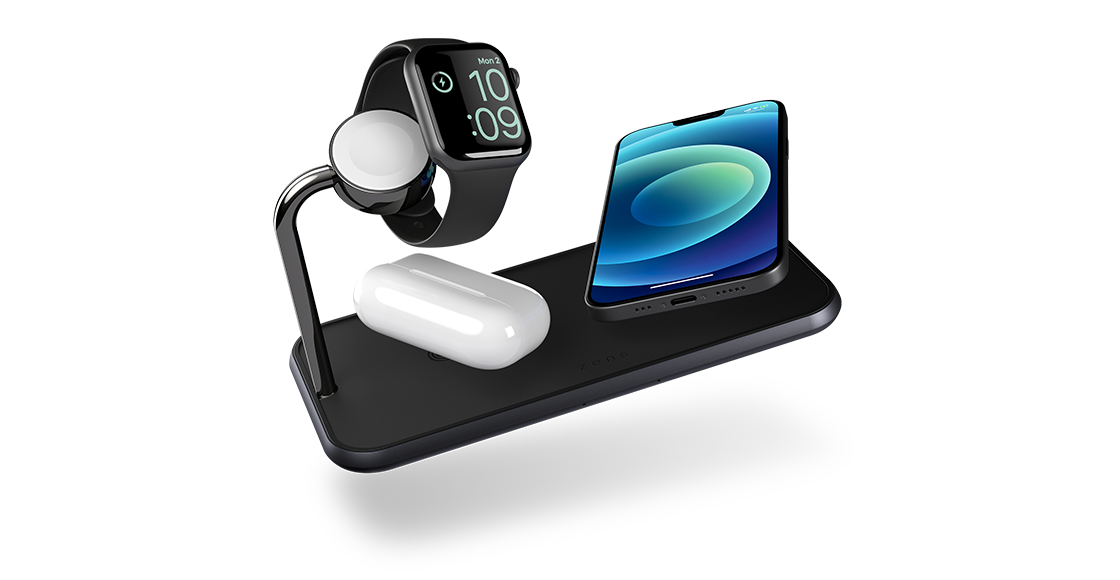 Most wireless chargers only have 1 charging coil. This means that you have to make sure your phone is aligned with the charging coil to start charging. This is no problem if you just pay attention when placing your phone on a charger. If you want freedom of placement, without paying attention if your phone is aligned with the charger, you should choose a charger with more coils. You will get a bit more freedom of placement with our 5 coils dual charger. If you want ultimate freedom of placement you have to check out our Liberty wireless chargers that pack a whopping 16 coils.

It might be. Wireless chargers must obey several safety measures. Wireless chargers that are not Qi-certified may not have implemented all mandatory and necessary safety features. As such, they may get hot and damage phones or other products placed on the charger. For example, a metal coin might, if the detection metal objects does not work properly, get very hot and even cause skin burn.

Products using the Qi standard must be tested rigorously to help ensure safety, interoperability and energy efficiency. Only products that have passed these independent laboratory tests can use the Qi logo and are considered “Qi-certified”.

With our Liberty 16 coils wireless chargers or the 5 coil dual charger you will have ultimate freedom of placement. This means you will never again have to struggle to find “the sweet spot” like with most wireless charging pads. Simply place your devices on the charger and go about your business. You do not have to worry if your device is making a connection with the charging coils since there are so many. That way your device will always be charged.